Radco is now Twining Consulting! Expect a new web address by this summer.
Skip to content 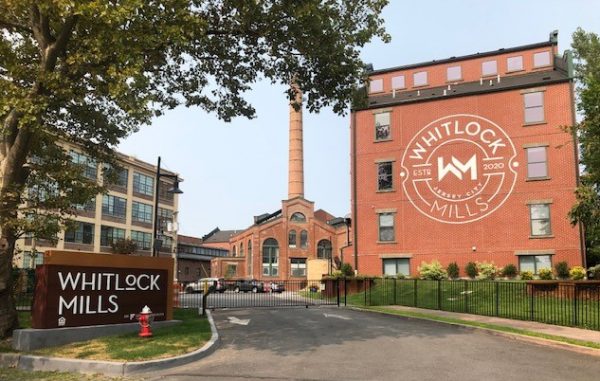 A Long Time in the Making

In Q4, RADCO wrapped up the extensive Whitlock Mills project, located in the Lafayette section of Jersey City, NJ. Challenges ranged from environmental pollution dating back to the original zinc factory (from 1860), to improper design issues on the site itself. There were also issues with the improper construction, design, and assembly of the modular units themselves.

The site began its life as the Passaic Zinc Works in 1860. In 1905, the seven-acre property became the site of the Whitlock Cordage Company which produced a rope that many considered to be the strongest in the world. The building later became a sweatshop, and in 2003 a federal bankruptcy judge had ordered its demolition. Ultimately, the Housing Trust of America agreed to purchase and preserve the structures. In 2006, the entire site was shut down by the State and all the modular buildings were de-certified. The site sat mostly abandoned with the buildings only partially completed, for over a decade, as the lawsuits over the project worked their way through the courts.
The 18-year project included adaptive reuse of existing buildings as well as new construction, including an existing multi-story 29-unit condominium complex consisting of 269 modular (factory-built) units. The transformation will bring a total of 330 residential rental units to the location, 230 of which will be designated as affordable for residents of low and moderate-income levels.

RADCO’s client, 160 Lafayette Associates, took possession of the site to address the environmental and design issues to complete the project and bring all the buildings into compliance. RADCO consulted with the client to conduct inspections on every module of each of the factory-built units on the project. In February 2018, RADCO started the first inspections on just three modules (which comprised of two apartments on the first floor), and it took a week to complete the initial assessment inspection! It was at that point that the true scope of the project began to take shape.

Several highly credentialed RADCO inspectors worked together in the early stages of the project to identify issues affecting the buildings. The RADCO’s plan review staff managed the plan approval for all site modifications to bring the building into conformance with the IIBC and the state of New Jersey codes where compliance areas were identified. RADCO’s primary inspectors took over the project and over the next 32 months, RADCO worked with 160 Lafayette to bring each of the units into compliance with the original building codes, and to finally obtain their first certificate of occupancy since the project began in the early 2000s. Today, the people of Jersey City are able to utilize the housing units that they have been waiting for, for so long! – Neil Jones

Enter keyword to search by job title and/or choose a location to explore the opportunities currently available. Leave both fields blank to view all career opportunities.

Come to think of it, this is a very interesting thing, buying fake watches is nothing more than fancy its cheap price. Seriously, if you or your customers don’t care about these brands, then those thousands of replica watches are really your first choice, and they can really save you a lot of money.